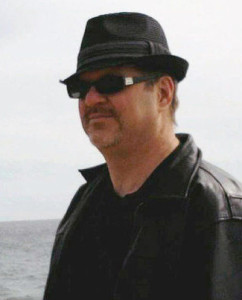 Anthony Valletta, Writer and Researcher
Anthony Edward Valletta has been many things in his life including a soldier in the US Army, punk guitarist (for the band “Dead Angels,” among others), and missionary (yes, missionary).  He has lived all across the United States, and traveled around the globe. He has written fiction since his youth, starting with a science fiction serial written for his Junior High School newspaper. First published by as a nonfiction writer for the Long Beach Press Telegram circa 1983, he has since been published in a few literary magazines and his mock children’s book “The Day The Rabbit Dung Died” was published in 2008. He also wrote and coproduced two off Broadway plays in New York entitled “Wasted Tears” and “Bleeding Hearts.”  In 1998 he co-wrote a made for cable thriller, and has since done some script doctor work.  Most recently, he collaborated with Michael King, co-writing the documentary “The Rescuers.”