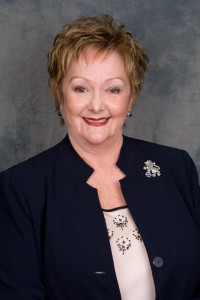 Joyce is a successful businesswoman and philanthropist who is actively involved in civic, arts and cultural organizations. She and her son, Bruce, have a long-time relationship with Emmy award winning director Michael King. Several years ago, they introduced him to accounts of heroism by diplomats who saved Jews during WWII. Michael was so taken by these accounts that he developed a concept for a documentary focusing on these diplomats. Joyce was so taken by the unique perspective of the concept that she and Bruce quickly committed to financially support the project. Joyce agreed to serve as executive producer.

Joyce’s commitment to social causes and non-profit organizations runs deep. She is actively involved with the Boys and Girls Clubs of Hartford; The Greater Hartford Arts Council; and the Jewish Federation of Greater Hartford.  She is past President and Chairman of the Board of the Greater Hartford Jewish Community Center, the first woman to serve in those positions, and presently serves as a Trustee for the Jewish Community Foundation of Greater Hartford. She is also a member of the Board of Directors of St. Francis Medical Center where she and her husband, Andy, were involved in the creation of the Mandell Center for comprehensive MS care and Neuroscience Research. Other organizations she supports are Boundless Playgrounds, which works with communities to design and develop accessible playgrounds for children and the Koby Mandell Foundation, whose goal is to help Israeli families who must find ways to cope with the uniquely emotional and psychological trauma that affects victims of terrorists.

Professionally, Joyce is the co-founder and executive vice president of Data-Mail, Inc., a company operating in multiple facilities engaged in the volume direct mail production business since 1971.