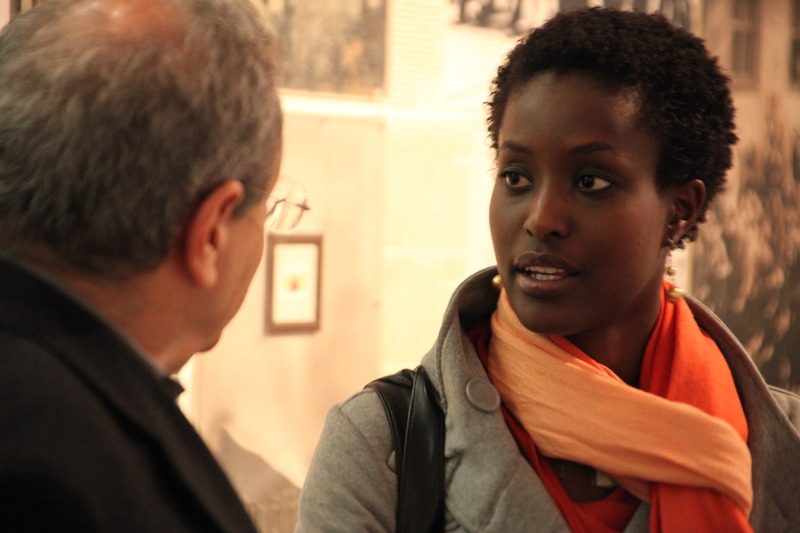 Michael King’s documentary recounts the inspirational stories of diplomats who risked their lives and careers to save Jews during the Holocaust.

“The mystery of goodness” is the theme of Michael King’s film recounting the stories of a dozen diplomats and others who saved the lives of European Jews during the Holocaust at great personal risk. Presented in the form of a travelogue undertaken across Europe by British historian Sir Martin Gilbert and Rwandan anti-genocide activist Stephanie Nyombayire, The Rescuers delivers digest-sized accounts of these undeniably stirring tales that are contrasted with the lack of similar action during the 1994 Rwandan massacre in which Nyombayire lost many of her relatives, her own life being saved when her parents fled to the Congo.

While some of the stories are familiar — most notably that of Raoul Wallenberg, the Swedish diplomat who, with the help of the Vatican’s Archbishop Angelo Rotta and Swiss consul Carl Lutz, saved 120,000 Hungarian Jews living in Budapest — most of the profiled figures are relatively obscure. They include Selahattin Ulkumen, a Muslim Turkish diplomat stationed in Rhodes who used his authority to provide official documents to Jews; Georg Duckwitz, a German attaché stationed in Denmark who, despite being a member of the Nazi party, defied Hitler by arranging for Sweden to take in some 7,200 Danish Jews; American diplomats Varian Fry and Hiram Bingham, who rescued thousands of Jews from German-occupied Marseilles; and Japanese Consul Chiune Sugihara, stationed in Lithuania, who defied his government by issuing thousands of visas to Polish Jews who had fled to that country.

As is made clear, several of these figures suffered for their altruism. Sugihara was dismissed from his diplomatic position, spending the rest of his life working as a lowly porter, and Polish diplomat Henryk Slawik, who saved 5,000 Jews by issuing them diplomatic passports, was executed by the Germans.

The film follows its two principal figures as they travel around Europe interviewing survivors and descendants of the rescuers and visiting such related sites as the Wannsee Conference villa in which the infamous “Final Solution” was devised. Nyombayire is also seen revisiting her native Rwanda, where she discusses the genocide with General Romeo Dallaire, the former head of the United Nations Peacekeeping Force.

Awkwardly combining archival footage with stilted dramatic reenactments, The Rescuers is not particularly effective in cinematic terms, and its inspiring stories would probably be more effectively recounted in book form. But it nonetheless serves as an uplifting addition to the ever-growing canon of Holocaust-themed documentaries.