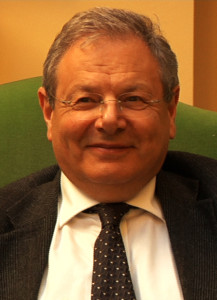 Sir Martin Gilbert, the world-renowned historian and author of 88 books, was born in London in 1936, and was evacuated to Canada in 1940, returning to Britain in 1944. Educated at Oxford University, from which he was awarded a Doctorate of Literature for the totality of his published work in 1999, he has been the Official Biographer of Winston Churchill since 1968, publishing seven volumes of narrative, including Churchill A Life, and twelve volumes of documents.

In 1984 and 1985, Sir Martin was a Non-Governmental Organization representative and speaker at the United Nations Human Rights commission in Geneva. In 1995, he accompanied the British Prime Minister John Major to Jerusalem, Gaza, Amman and Washington. In 2008, he accompanied Prime Minister Gordon Brown to Jerusalem. His six -volume biography of Winston Churchill was Gordon Brown’s gift to President Obama in March 2009. In 2009, he accompanied Gordon Brown to Auschwitz. He has lectured widely, including at the Soviet Ministry of Defense in Moscow, the Canadian Houses of Parliament in Ottawa, the Academy of Sciences in Kiev, UNESCO in Paris (a Kristallnacht commemoration) at the White House, and at the British Foreign Office ceremony recognizing the British diplomats who helped save Jews.

Details of Sir Martin’s 88 books can be found at MartinGilbert.com.