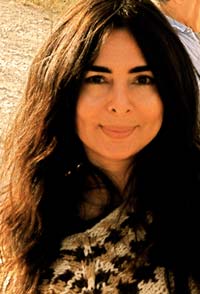 Russo is an American Award winning producer, on-camera host and accomplished artist.  Russo initially found success as a producer most notably for her work in the independent film world securing a national theatrical release with Landmark Theatres for the film, “Naturally Native” which was the first film in history to be financed entirely by a tribal nation.  The film debuted at the Sundance Film Festival in 2000.  Years later, she expanded her work from motion pictures to feature documentaries, Reality Television and Long form television.

Born in Los Angeles, California Russo’s upbringing was split between the Rosebud Sioux Reservation in South Dakota and Los Angeles.  Yvonne focused on entertainment studies at UCLA in Southern California.  After studying she moved to Pasadena, California to study fine art at Art Center College of Design in Pasadena.

Yvonne is currently working on a camera/post workflow assessment series with Revelations Entertainment, ASC, The Producers Guild and The Directors Guild which will evaluate the latest HD Digital Cameras used in the marketplace by evaluating the data set to describe the careful step-by-step management of complex projects and strategies for managing digital production, editing and finishing.

Yvonne has received the “Producer of the Year” award from American Indian Film Institute as well as, “Outstanding Achievement in Producing” by First Americans in the Arts. And is a fellow of the Sundance Institute Producers Labs and the Tribeca All Access Program.    Yvonne served on the Board of Directors for the Producers Guild of America and is Co-Chair of the Diversity Committee, which created the Producers Guild Workshop aiming to expand diverse voices in entertainment. Yvonne displays creative talent, ambition and the business skills that continue to define her career.